In 2013, the Danish furniture company KEBE A/S asked me to work on a new furniture design with them to supplement their line of succesful reclining chairs. 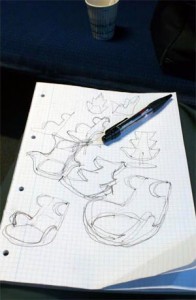 A photo from my sketching in the train back from Cologne in 2012. (I missed my plane). The sketch to the left, in the middle, will later be reworked to become the Fox recliner.

The client wanted the design to be based on a sketch for a simpler chair, that I had presented earlier, but now I should redesign it into a reclining chair, based on the company’s existing recliner mechanisms.

I was sent an existing chair – KEBE’s beautiful Lotus recliner, and began measuring and trying to grasp the mechanics of the reclining feature.

Version 1, below, is the non-reclining chair I modelled on the computer in 2012, based on the hand drawn sketch.

Based on this study, I reworked the design and produced a number of sketches, that I got feedback on. 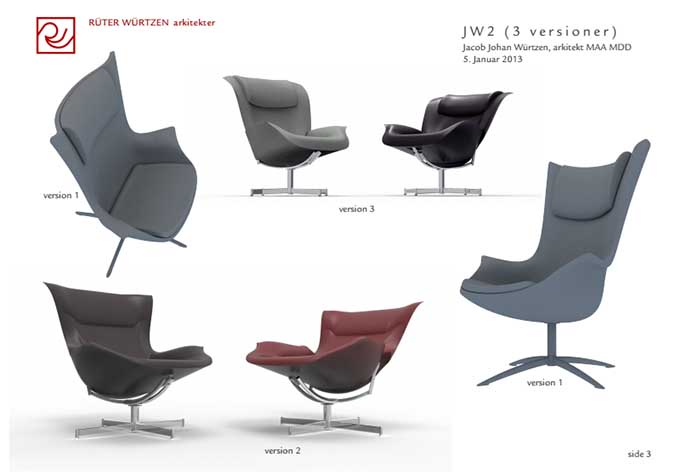 To facilitate a design more according to their wishes, KEBE then hosted a workshop, where I spent two days exchanging ideas with the product development team. During this process, I made changes to the design, and we agreed upon a handdrawn sketch. 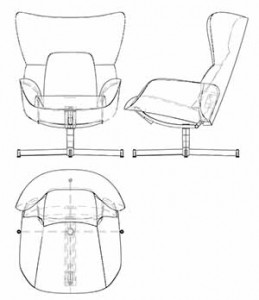 Based on the workshop, I made this measured drawing showing the changed design 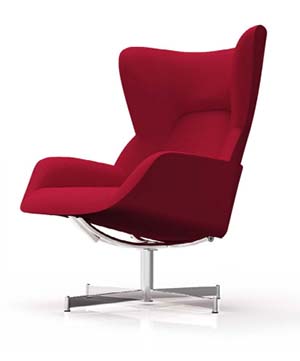 A rendering of the agreed-upon design for the Fox recliner 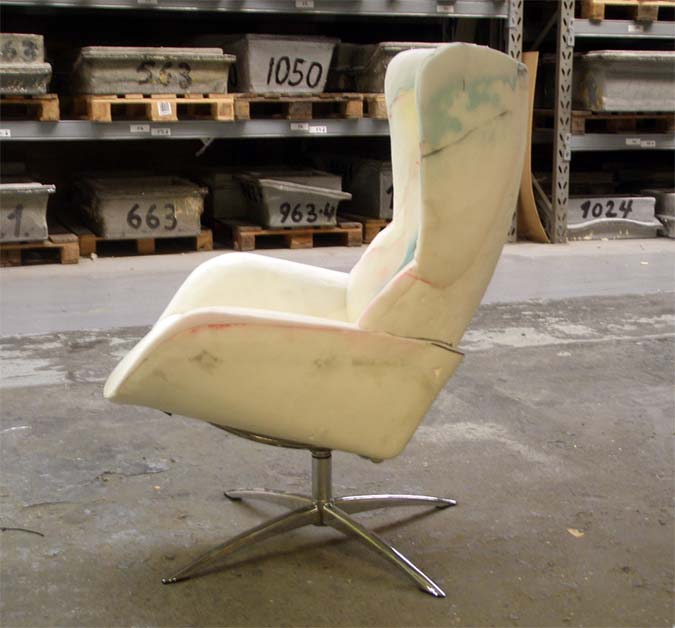 Foam prototype of Fox recliner made by KEBE

The Fox chair was presented at the International Furniture Fair in Cologne in January 2014. The finished recliner is made with cold cure moulded foam of high quality and is very comfortable to sit in 🙂

Fox recliner and Fredo swivel chair on display on our office floor. Nyhavn, 2015